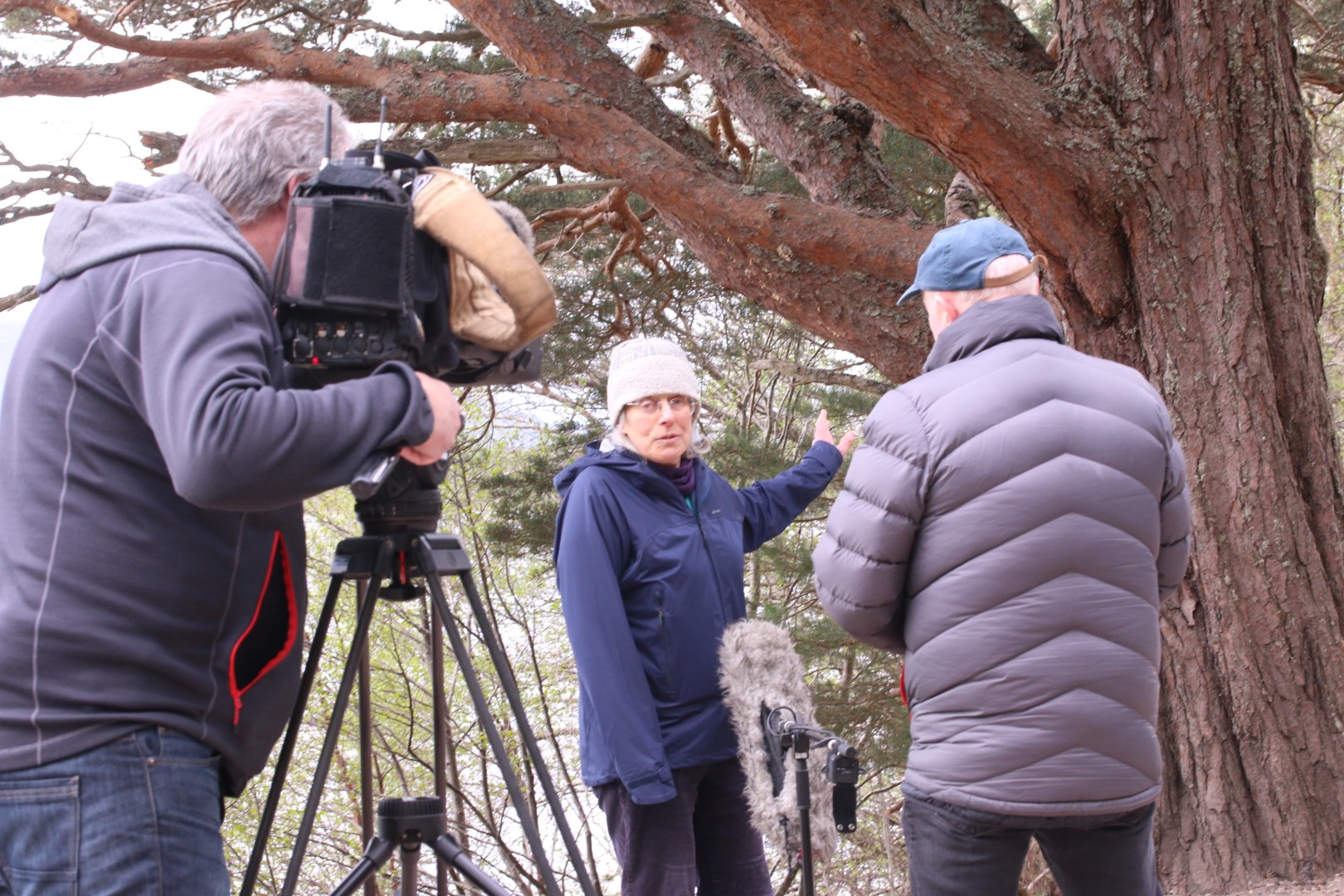 Tessa Jones of the BSCG is interviewed by STV News over plans by the council to create car parking spaces along the side of Loch Morlich, beside Glenmore Forest Park in the CNP.

Concern mounts for irreplaceable ancient Caledonian woodland in Nethybridge. The woodland has been controversially recommended for development by the Cairngorms National Park Authority planning staff. The planning application is to be decided by the CNPA Board on Friday 28 August 2020. This piece by Roy Turnbull of BSCG first appeared in Parkswatch Scotland: 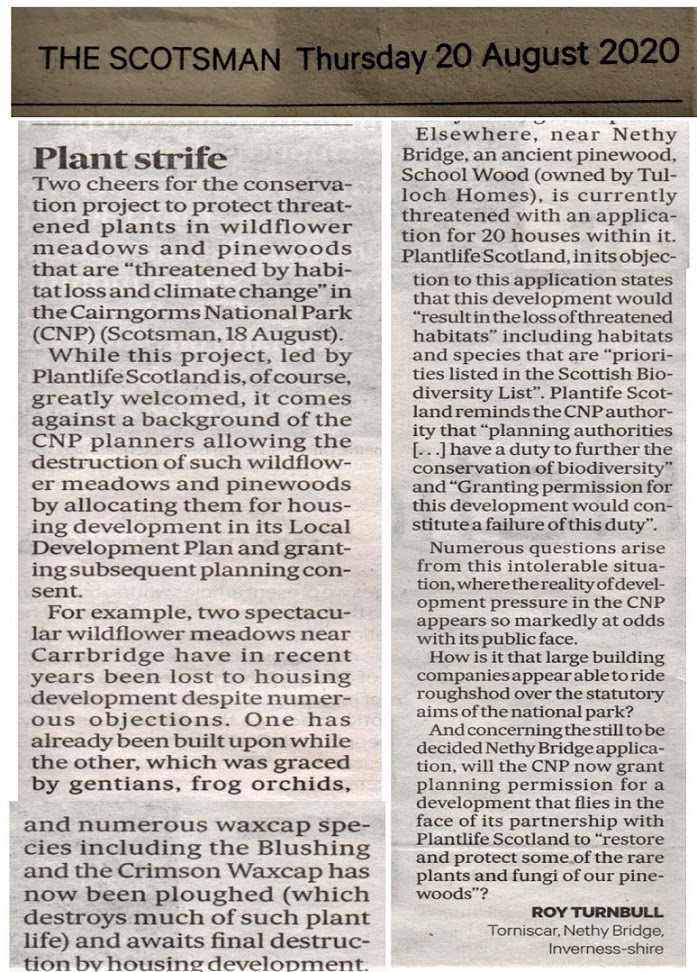 In the same week that Plantlife Scotland, with the support of the Cairngorms National Park Authority, launched this new scheme that hopes to “restore and protect some of the rare plants and fungi of our pinewoods, meadows and mountains” and, on the same day my letter appeared in the Scotsman, CNPA’s planners published their report (see here) into the application for 20 new houses in School Wood (see here for analysis on Parkswatch in April).

The Planners’ Report acknowledges that: 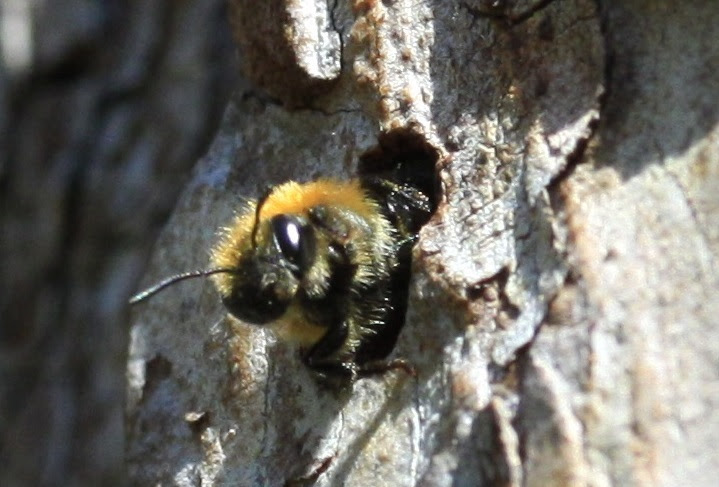 It is also, of course, the case that Scottish Planning Policy 2014 states: 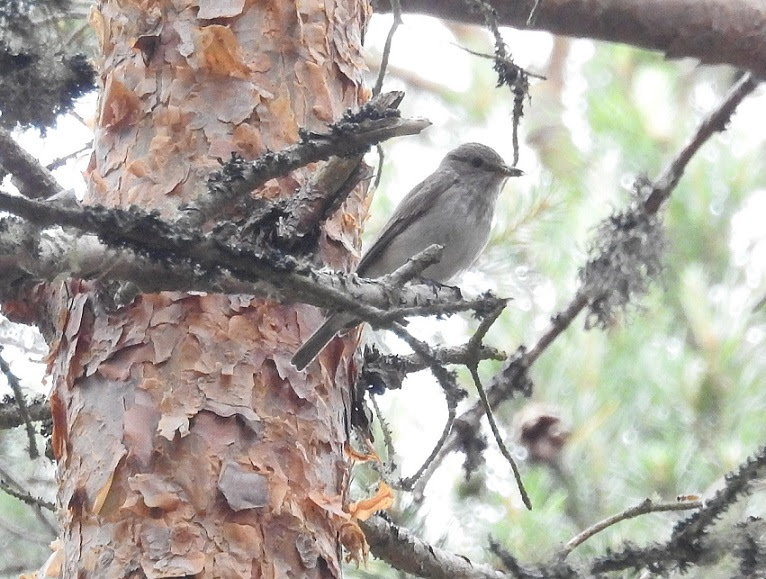 Spotted flycatcher, on the red list (most endangered) of birds declining in the British Isles in School Wood, June 2020. Photos credit Badenoch and Strathspey Conservation Group.

So, surely the answer to the question posed in my Scotsman letter, “will the CNP now grant planning permission” for the 20 houses in School Wood should be a resounding “No”!

How could any national park worthy of the name even consider turning part of an ancient pinewood of high ecological value into a housing estate!

But the CNPA planners have resorted to a ruse that they first tried earlier this year for a nearby woodland (by Lettoch Road). CNPA planners argue that, if granted planning permission, the applicant would undertake to manage the remaining woodland better, so that (they claim) there would be an overall conservation gain that could not otherwise be achieved!

Whilst that claim is already extremely dubious in itself, it ignores two important points that are not considered at all in the Report.

Firstly, if planning consent is refused, the present landowner, Tulloch Homes, would have no further interest in the wood and would probably sell. No other property developer would be interested and thus the wood would likely end up with a new owner interested in sensitively managing the woodland. So, a much greater conservation gain would result.

Secondly, the CNPA planners’ ruse could reward any landowner who has allowed any damaging activity such as fly-tipping or serious overgrazing to occur. “Present us with a damaged/neglected/trashed bit of land”, say the CNPA planners, “and behold! we will grant your planning application if you promise to improve the bit left over from your building site!”

It is not difficult to see what the overall effect of such a misguided ruse would be, where landowners throughout the national park would know that neglecting and abusing their land would improve their chance of obtaining planning consent from the CNPA.

Fortunately, there is still hope. The CNPA Planning Committee will make the final decision on 28th August, and when this same ruse was suggested, at Lettoch Road, the Committee made the brave and very welcome decision to refuse planning consent. Moreover, when the applicant then appealed to Scottish Government Reporters, his appeal was dismissed.

So, if the Committee refuse consent in School Wood, it is likely that any appeal would also be unsuccessful, particularly as the new Local Development Plan, which would then be in force, is expected to have no allocation for housing in School Wood.

All members of the CNPA Board are on the Planning Committee so, if you live in the National Park, please let your directly elected local representatives and councillors who serve on the Board know your views. You can find their names (click on their names to email them) here.

And for readers who don’t know the wood to get an idea of what’s at stake, here are a few more of the plants and animals that have been photographed there by the Badenoch and Strathspey Conservation Group……………… 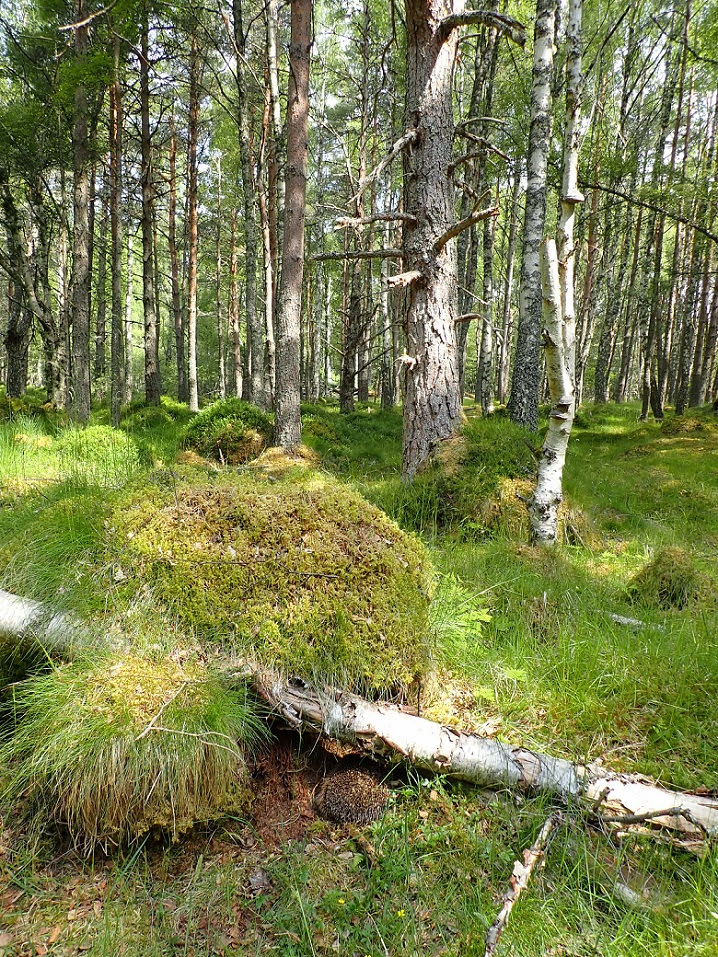 The part of the wood due to be felled provides a home to all sorts of creatures – note hedgehog in foreground. Photo credit BSCG. 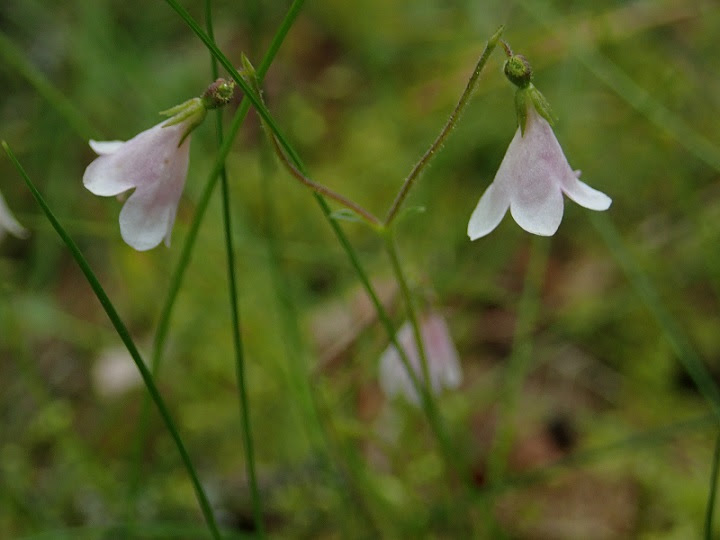 Twinflower, just outside the area threatened by the housing development. This is one of the plants whose range the new Cairngorms plants project is trying to expand to expand……..but for this to happen, it needs somewhere to go. Photo credit BSCG. 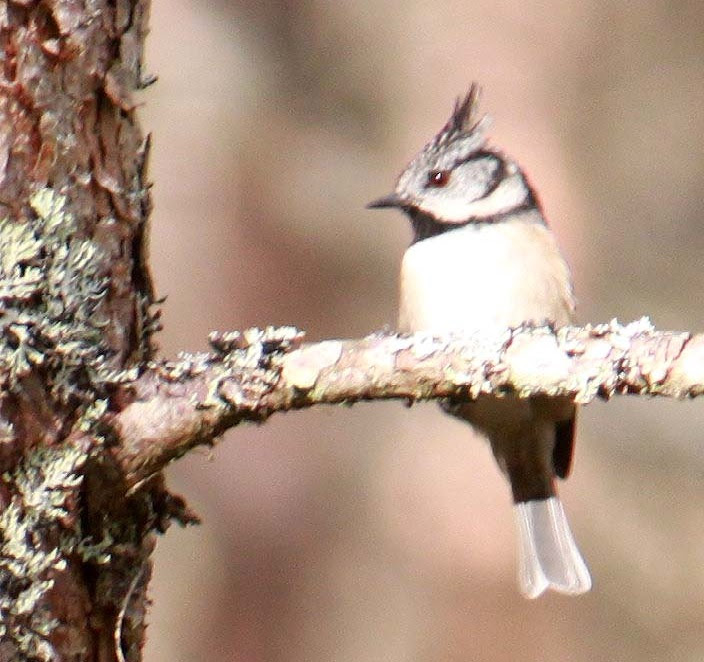 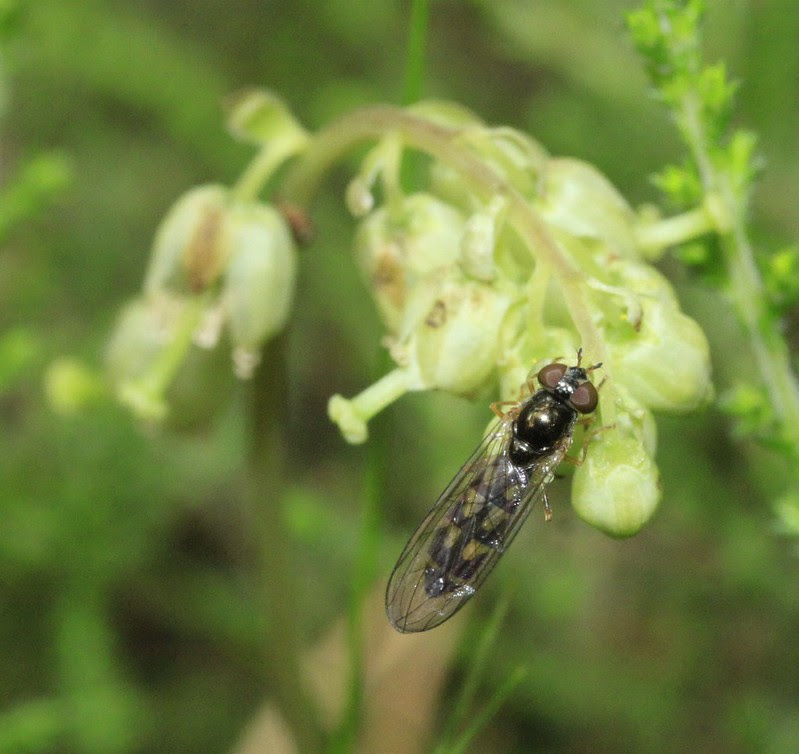 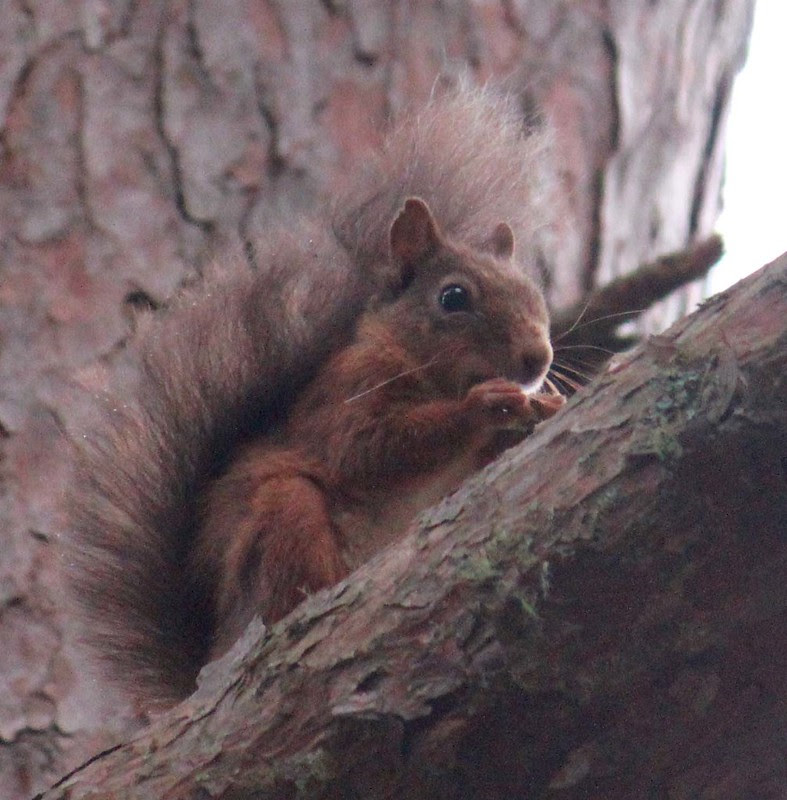 School Wood letter in The Scotsman on 13 March 2020 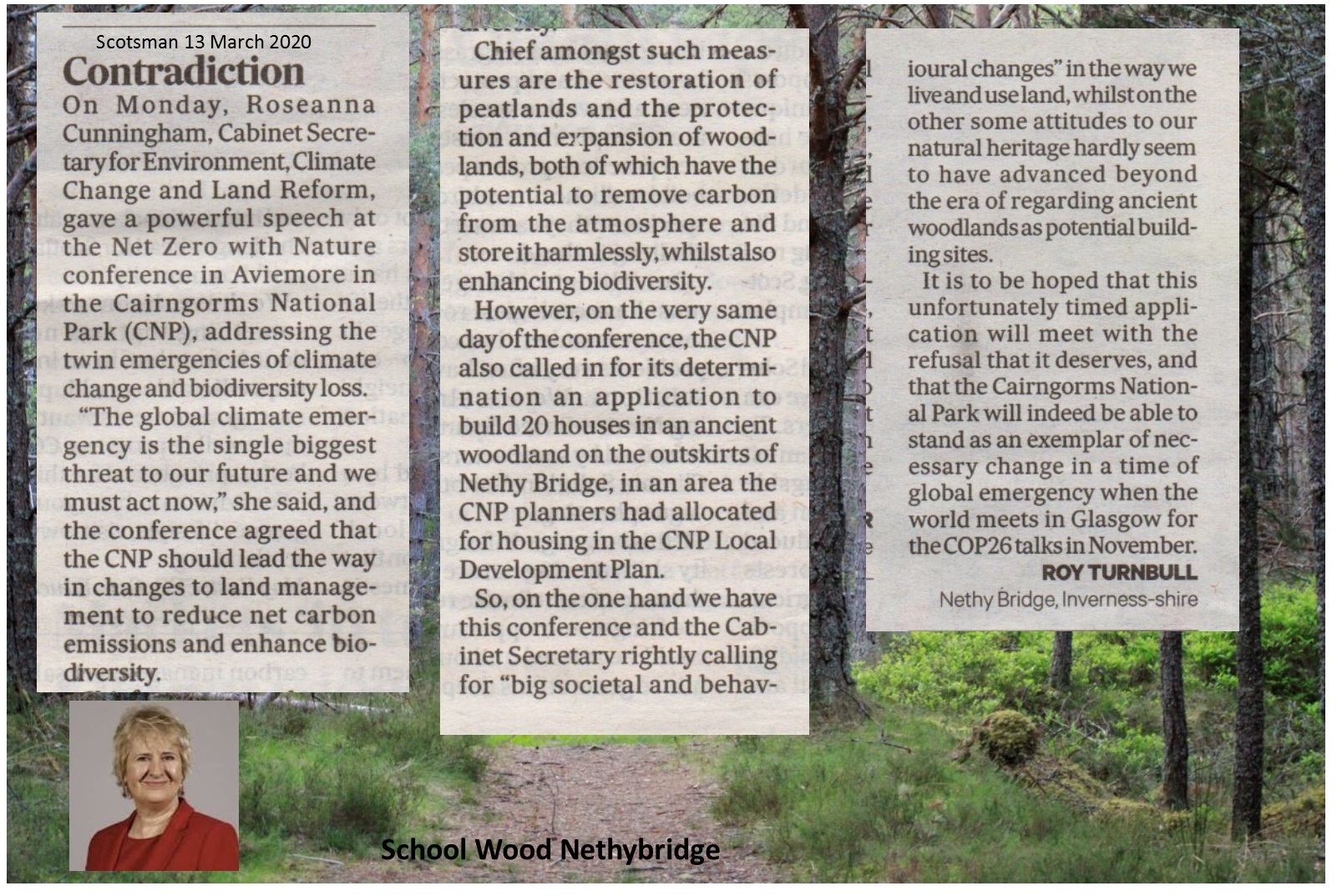 Situated beside the forest village of Nethy Bridge, School Wood is an outstanding ancient woodland supporting exceptional biodiversity. Following a visit to the wood in 2002 the late Dr Adam Watson, ecologist and authority on the Cairngorms, recognised its high value. He commented in the press, “Nethy Bridge is exceptionally fortunate in having this incredible amenity and educational site beside the village. It would be tragic if this irreplaceable asset were damaged by .. housing development”.

With others, BSCG has been campaigning to save School Wood from development threats since 1993. So far no development has taken place. Appreciation of the value of the site has grown. Reflecting this, in their next Local Development Plan the National Park Authority has removed the area allocated for 15 houses in School Wood “due to significant natural heritage constraints”. BSCG has welcomed this. However the new Plan is not due to be formally adopted until later this year. Unfortunately, the present Plan still includes a housing allocation.

The above letter by Roy Turnbull emphasises that it is now more unacceptable than ever to propose this precious ancient woodland as a building site.

This letter was published in The Scotsman on 13 March 2020. 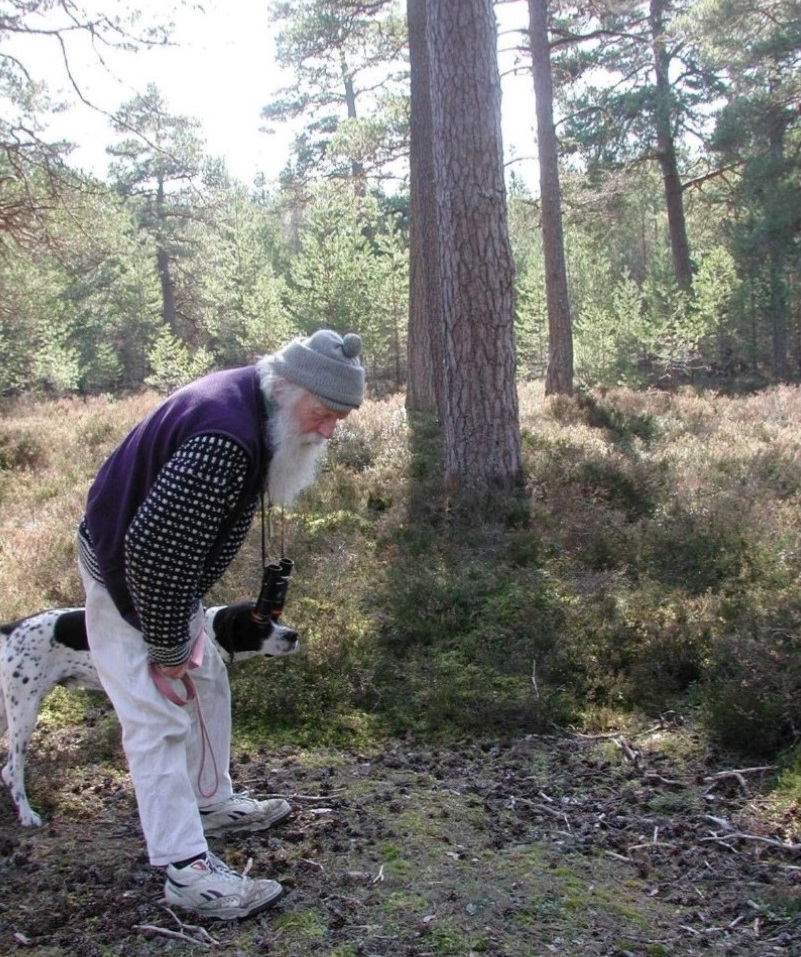 Plans to clear woodland for 7 homes in Nethy Bridge rejected 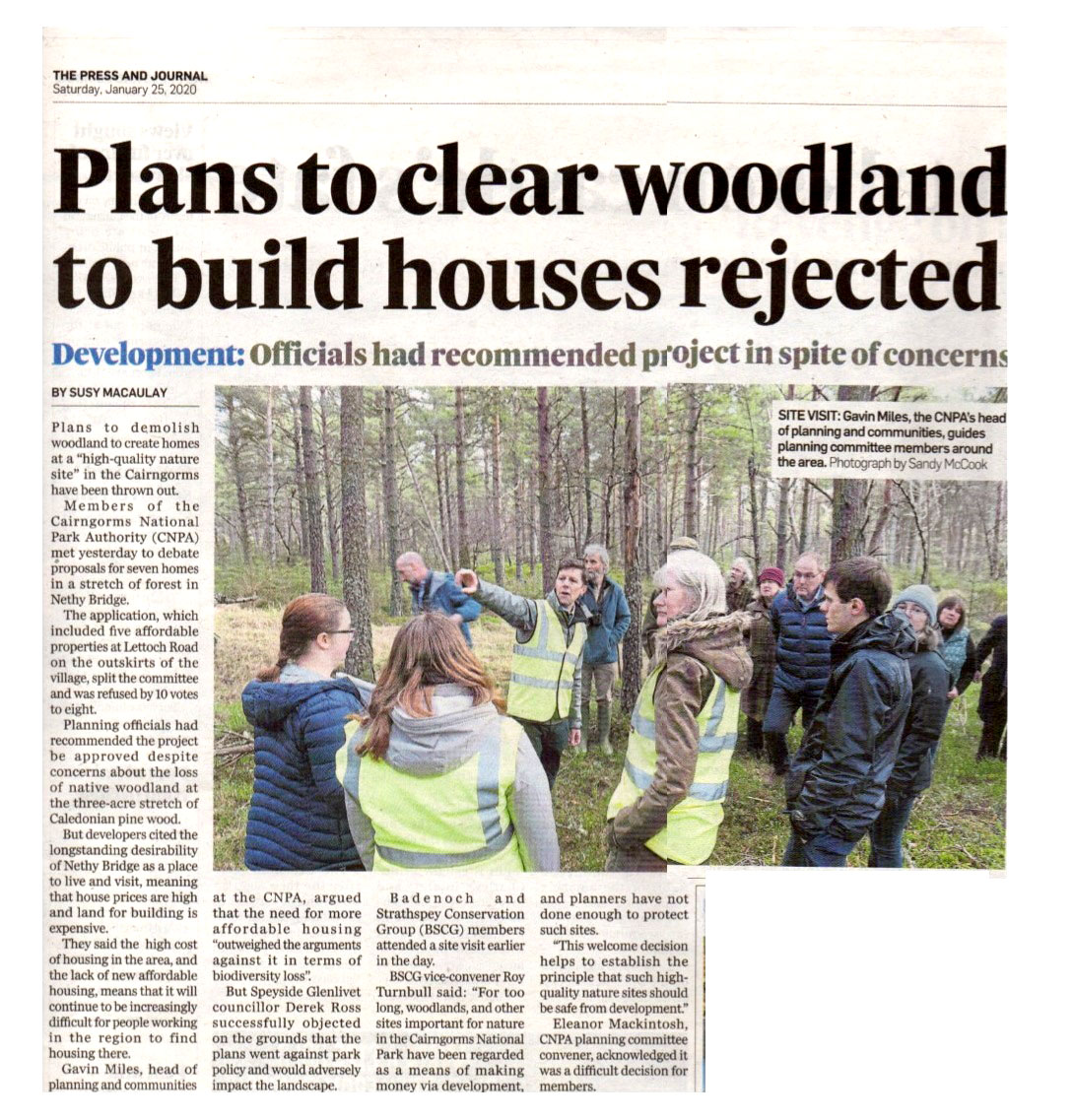 BSCG Vice Convener Roy Turnbull commented after the vote, "For too long, woodlands, and other sites important for nature in the Cairngorms National Park, have been regarded by unscrupulous landowners as a means of making money via development, and the Park planners have not done enough to protect such sites. This welcome decision by the CNPA Planning Committee helps to establish the principle that such high-quality nature sites should be safe from development." 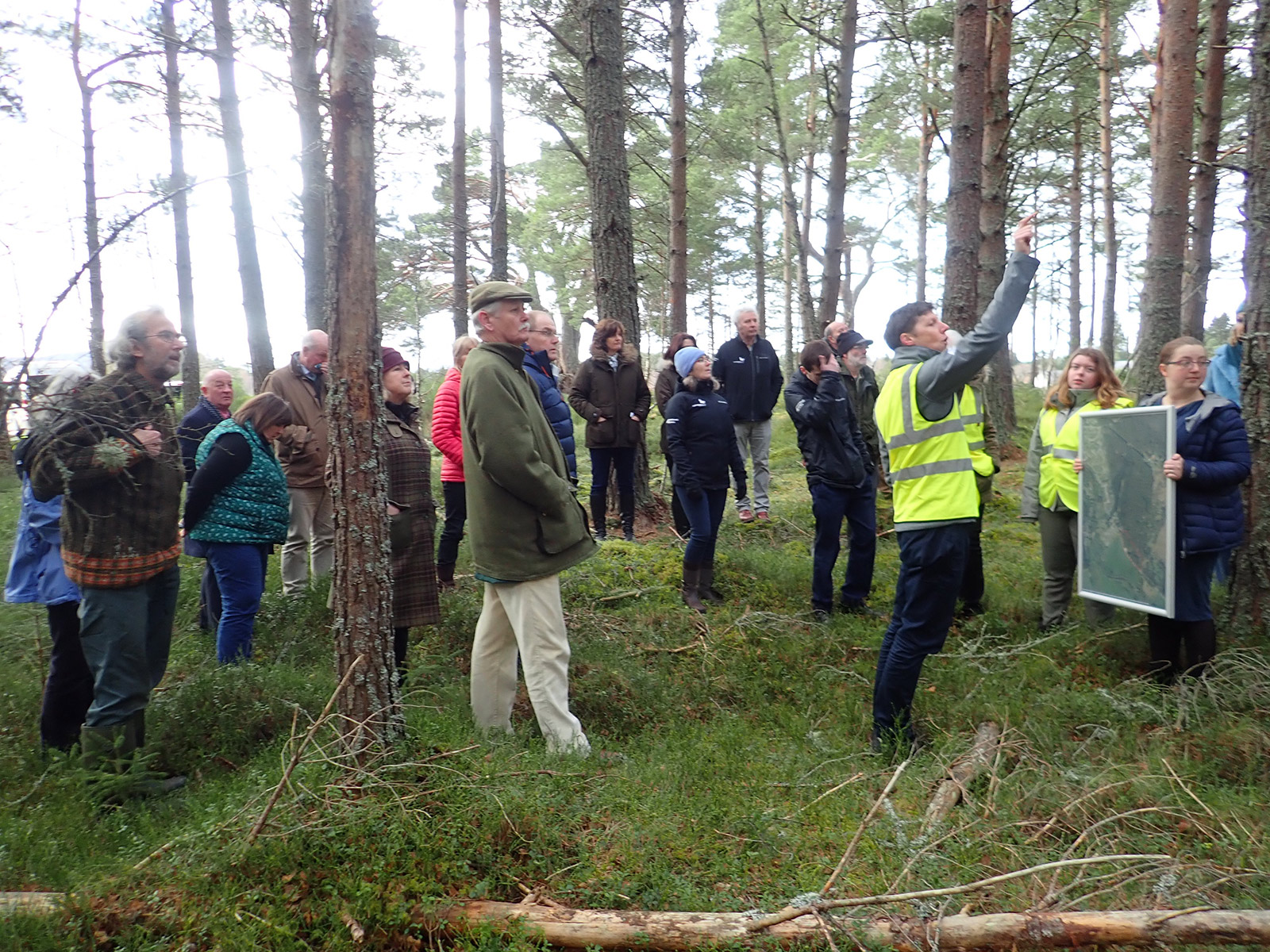 The talk is free and open to everyone. Please encourage others to come along.

Since Stuart retired from working with the RSPB in the Highlands, he has been involved in some exciting and encouraging work on Golden Eagles in the Monadhliaths. We are delighted that he has agreed to share interesting new findings with us on this magnificent top predator and Scotland’s national bird. 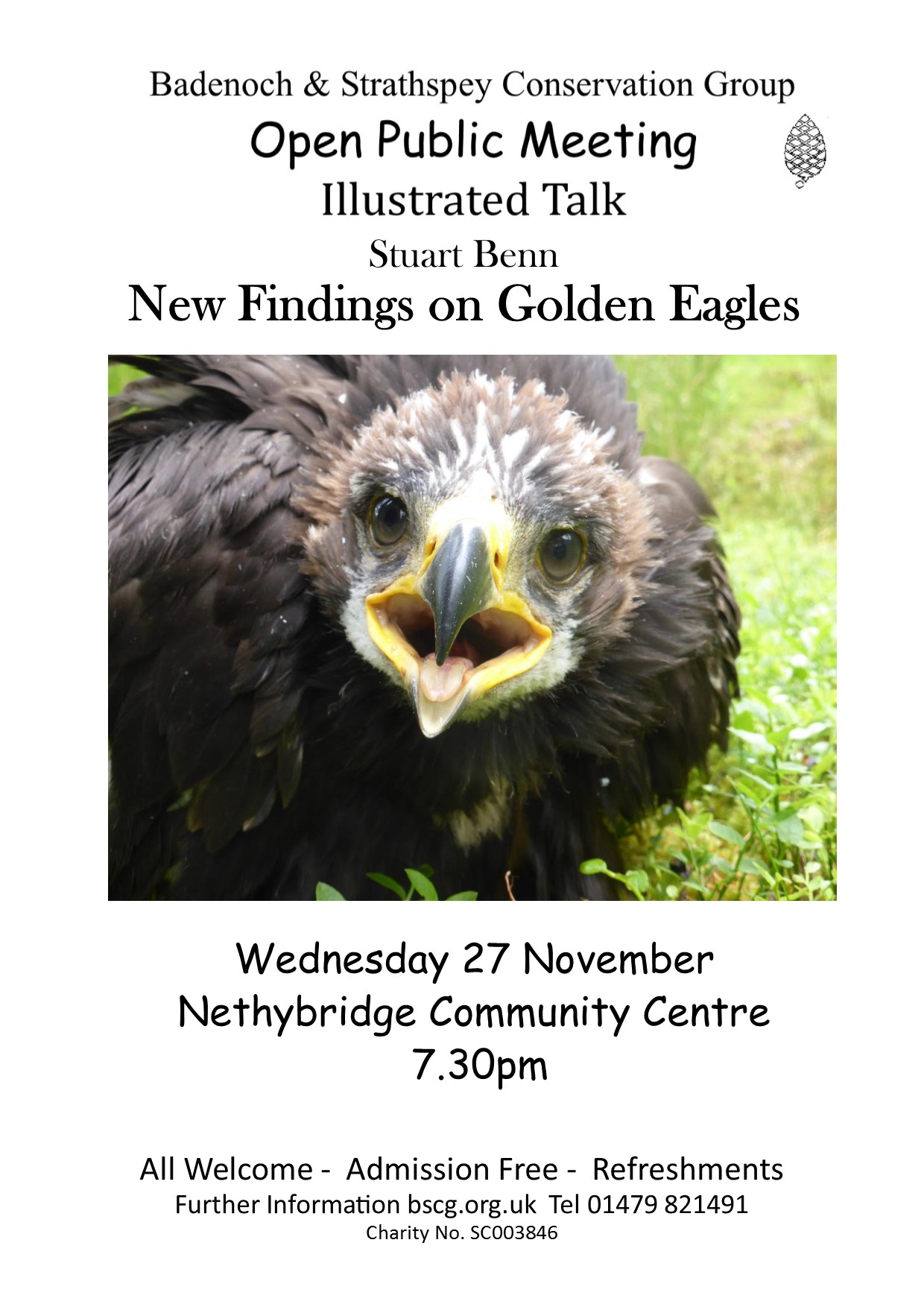