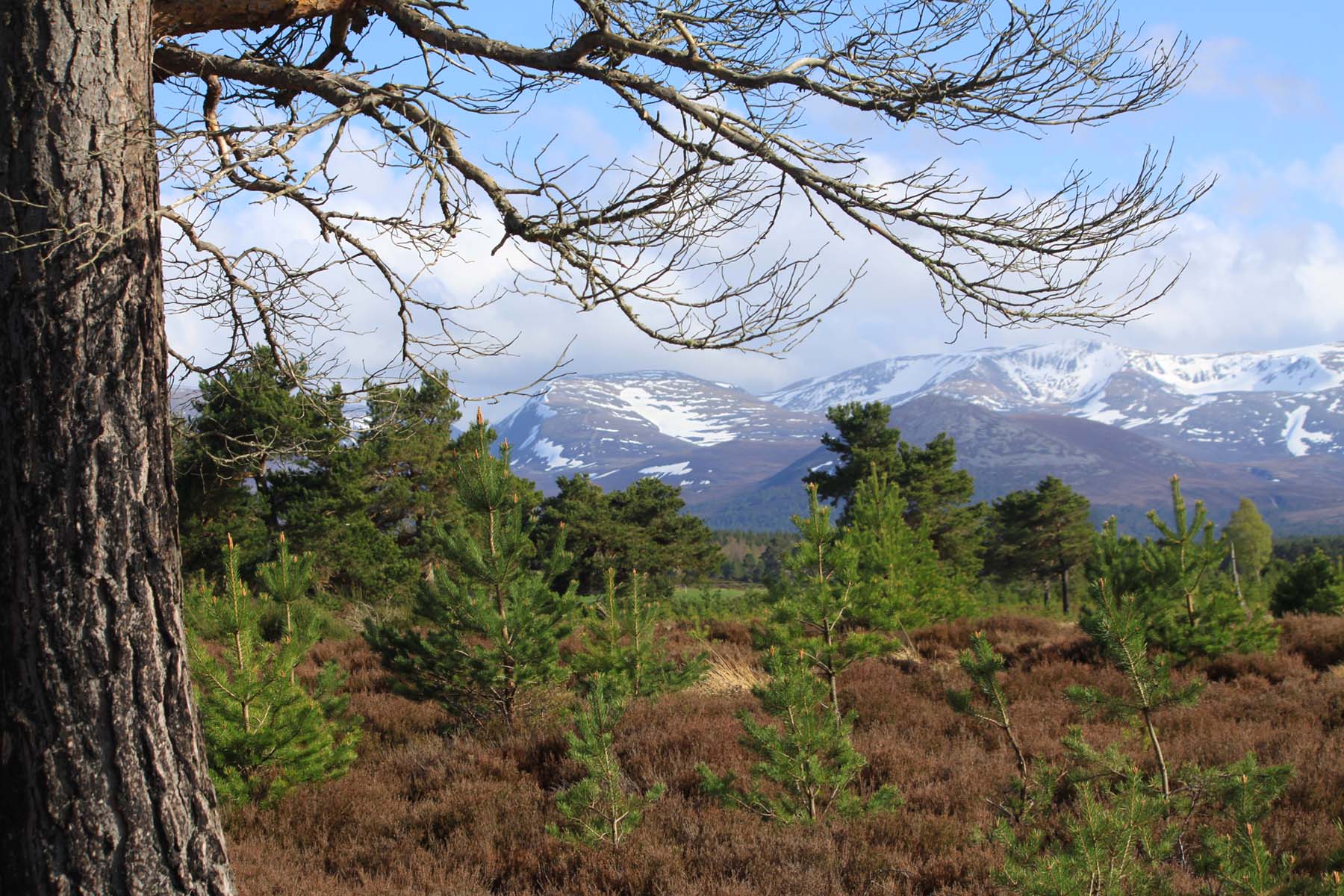 Land at An Camas Mor in Strathspey  controversially proposed for 1,500 houses

BSCG and co-appellants have halted the legal challenge to the Cairngorms national Park’s 1st Local Plan. This is because the Supreme Court refused to cap the costs that we would have paid to the CNPA should our case fail. Regrettably we have been forced into this position before our case about the correct interpretation of European law could be heard by the court. In pursuing the case that started in 2010 we have adhered to the proper processes following professional legal advice. Our case would have never been taken had the CNPA followed more closely the findings of the 2009 local inquiry into the plan. Our costs have been met entirely through donations and we are very grateful to all those without whose support the legal challenge would have been impossible.

We are still working to oppose the proposed new town of An Camas Mor and other large scale developments in the Cairngorms National Park, which we believe would threaten the natural heritage which the park was set up to protect.

Gus Jones, Convener of the Badenoch & Strathspey Conservation Group said, “The reason for our challenge terminating at this stage is because the Supreme Court refused to limit our liability to the CNPA’s legal costs. No charity could proceed on the basis of unknown costs.
The incredible level of public support we have received demonstrates the deep and far-reaching public concern that exists about the Park Authority’s unsustainable and developer-driven approach to planning taken in their Local Plan, which threatens the natural heritage that the Park was set up to protect.”

Ian Lawson, founding Convener and long serving Director of the Cairngorms Campaign and former member of the Cairngorms Partnership commented, “That we have been able to take this case so far is testimony to the ground swell of support for what we were trying to do. Many people feel outraged about excessive development in the National Park that includes an entire new town.
We have been following due process and we are disappointed that we have not been able to get the clarification of the law that we were seeking. We hope this case will lead to tighter scrutiny of future Park Plans. We give every one of our supporters our heartfelt thanks for their generous help.”

Plans for massive new housing inside the Cairngorms national park could be sunk by legal action being brought by three Scottish-based environment groups in the Court of Session.

The groups are challenging the Cairngoms national park authority's housing plans which provides for over 2,000 new homes, including 1,500 at An Camas Mor, near Aviemore, which, it is claimed, would be the largest housing development in any UK national park.

The Cairngorms Campaign, the Scottish Campaign for National Parks, and the Badenoch and Strathspey Conservation Group are also challenging developments at Grantown-on-Spey, Nethy Bridge, Carrbridge and Kingussie.

Bill McDermott, the groups' spokesman who is also chairman of the Scottish Campaign for National Parks, said: "The park authority has been acting as the developers' friend. It should be a conservation agency not a development agency.

"We're fully aware of the need to house local people, and have well-balanced communities with homes for young people who couldn't otherwise afford to live in the park. But the authority will trash the park the way they're going. Theirs is a recipe for masses of holiday homes, and social incohesion."

16 April 2010: BSCG thanks all the candidates for participating in the well attended environmental question time and our chairman for ensuring there was lively debate. A spokesperson for the Badenoch & Strathspey Conservation Group that organized the event also commented; “the candidates should have been left in no doubt that issues relating to the environment are important to voters and that we ignore concerns about the environment at our peril”.. 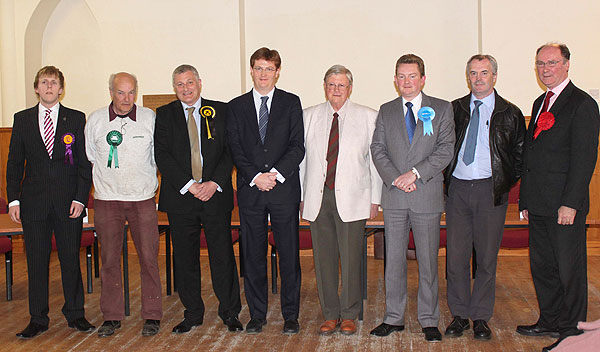 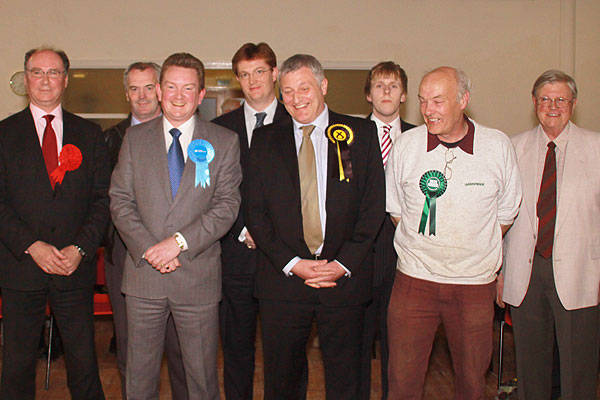 We are also following all the candidates that have twitters on the BSCG twitter www.twitter.com/bscgscotland

“This decision  was responsible and commendable."

On  the need to similarly safeguard other Strathspey sites  the spokesperson continued "There are a number of other housing proposals awaiting determination that would be seriously  harmful to  sensitive sites in Strathspey  The CNPA must now  likewise recognise the importance of these areas for the natural and cultural heritage of the national park."

As reported ahead of the planning meeting in the  Scotsman on 5 March 2010 BSCG  welcomed the wide ranging CNPA planning report for showing  " improved recognition" of  the special biodiversity interest of the Mossie. 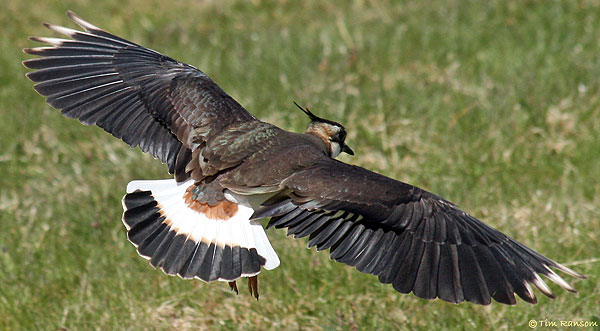 Lapwing   at the Mossie - the lapwing is on the UK red list of birds of high conservation concern.(Photo taken on the Mossie © Tim Ransom.) 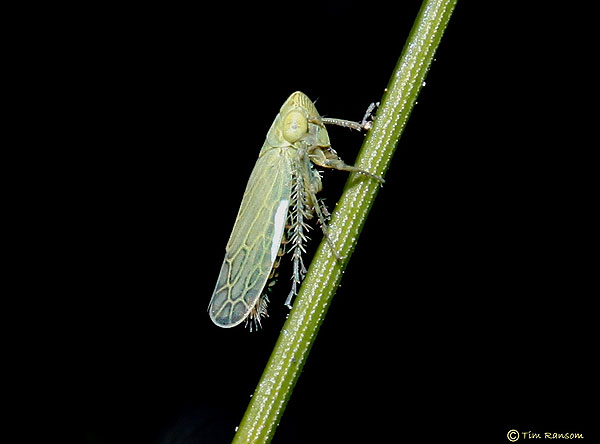 The hopper Arthaladeus striifrons on the Mossie a first site for this species in Scotland. (© Tim Ransom).